A child of the alternative comedy scene on the Lower East Side of New York City, Nathaniel Glasser Skog has been performing both comedy and music since an early age. Since moving to Stockholm, Sweden in 2004, he has played hundreds of concerts, often using comedy as a device between songs.

On this site, you can watch performances, listen to tracks, and read about Nathaniel’s unique brand of comedy.

What folks are saying about Nathaniel’s comedy:

“Damn good! Great to see a multi-talented, quirky Jew on stage. Love it.” 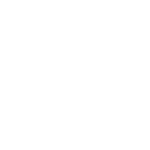