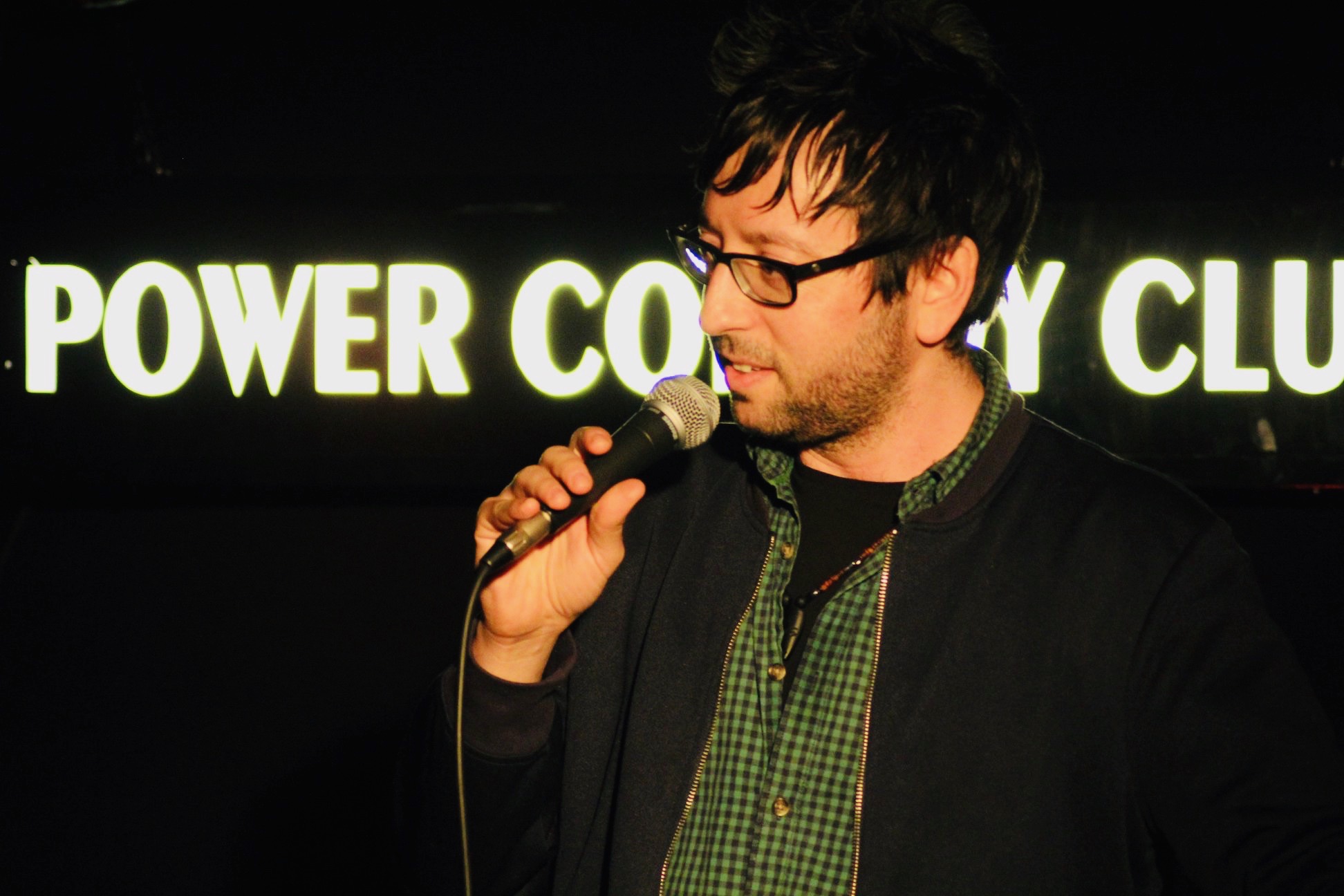 I have a confession to make: I’m funny. Like, really funny.

I know…the rabbi who must praise himself has a congregation of one, but I feel the need to state that loudly and clearly once. Maybe twice. But not thrice.

So, the thing is, if you know me well, this isn’t a surprise – at least, it’s not a surprise that you know that at least I think I’m funny… It all started when…no, I won’t bore you.

Yes I will: I probably developed a sense of humour due to being the youngest and smallest boy in my class. Being the only Jew helped. Without getting too Freudian about it, when I discovered Comedy Central and saw programs where standup comedians performed in front of a brick wall, I was sold. That, coupled with the ritual of watching Saturday Night Live with my older siblings and parents, plus all the classic comedies and sitcoms of the 80’s and earlier stuff we had on VHS like Pink Panther – far-out 70’s, most likely pot-inspired humour.

I don’t know exactly when, but around the time I started college, at 17, I started keeping notebooks. Any time I got a funny idea, I wrote it down. Eventually I started to categorize them and the notebooks grew in number.

When I was 18, some family friends of ours needed someone to water their plants while they were away, in lower Manhattan (Alphabet City, to be specific). I’m from the country, from Connecticut, a 2,5 hour drive from NYC. This was my first time really living on my own. At university (UMass, Amherst), I had a roommate.

In 1999 there wasn’t much happening on the internet, but I did Google(?) “comedy open mike” and found what I was looking for: in Times Square there was a place called Hamburger Harry’s and in one corner of that brightly-lit divey joint was “Glady’s Corner.” Apparently she was a retired Broadway (off-Broadway?) actress, short, with hair like it was from the early 60’s, probably Jewish, and very very New Yorky. The only other people in the sad corner of this greasy spoon were tired, cranky looking comedians. The whole scene was bewildering. What was the point?? But I got up there and did a little routine about my family and an impression of the president, I think. A couple of sarcastic chuckles from the grumpy comedians. Afterwards, Glady’s came over and said “Good job, I like the part about your family, keep going with those personal things.” When I asked her where else I should go, she said, “go down to the Comedy Cellar.”

Needless to say, it was hard to get to sleep that night, as it was and has been ever since, doing comedy. It’s the biggest adrenalin kick – like music can be, but much scarier. The feedback is instant: if it’s working, they’re laughing; if not, it’s quiet. Luckily no tomatoes have been thrown yet.

Back to the Comedy Cellar, in the West Village. There was that brick wall! And — OMG, there’s Colin Quinn, from SNL, right in front of my eyes!!! Practicing his chops on the off-season. I couldn’t resist following him into the bathroom and doing my Norm MacDonald impression for him. He cocked his head to one side, grinning and said, “Hey, that’s pretty good!” Chutzpah, I know.

Googling that first open mike in the hot bohemian apartment where I was house-sitting (their plants wilted, unfortunately – didn’t really know how much to water), writing down the address, going down the stairwell, onto the street in the warm summer night, over to the subway on Houston, and finding Hamburger Harry’s is to this day one of the most exciting things I’ve done. I remember my heart pounding so hard I could feel it in my lower lip.

The following year, I spent the whole summer in the city, working as a camp counselor. One night at an open mike at The Gershwin Hotel, a guy called Pete came up to me after my act, poked his finger to my chest and said, “you have to go to Collective Unconscious tomorrow night.” I started to ask him something, but he simply insisted. Following Pete’s advice, I took the train from Spanish Harlem where I lived with my good friend Averi from UMass, all the way down to the Lower East Side. In a packed little independent theater was a petite woman, Reverend Jen, with Elvin ears, drinking a giant Bud Light, introducing the “artstars,” and after every performance she would yell “Judges?!” and the “judges” would yell “10!!!” and hold up their signs. There, everyone was welcome and everyone got a 10.

RevJen’s best friend, Faceboy, ran a similar open mike at Surf Reality a few blocks away on Sunday nights, so virtually every Wednesday and Sunday I’d hop on the train and join these churches of weird. There, anything could go – the only rules were: no heckling; no setting fire to the stage.

There were comedians, beatboxers, clowns, dancers, poets, musicians, and folks who simply got up and talked about their problems. Everyone got exactly 8 minutes (egg timer) and the night went on until everyone had their chance. I went on at 2 AM once. Bless RevJen and FaceBoy for their acts of love! In 2009, I started up an open mike based on their format here in Stockholm. There’s only one NYC – that vibe exists only there, but it’s a great open mike here too (starting up again soon!).

From the time I was around 12 I had a burning desire to get on SNL. Also, to save the world, somehow. It was a vague, yet real idea. I would do something great one day, through performance, and use my platform to create world peace and stop climate change.

Fast-forward to 40-year old me (aka now), I no longer expect to do those things, but if they happen, that would be nice. : )

However, I am suddenly inspired to get out there and do comedy, and take it more seriously (pun intended).

Laughter is the best medicine, and in these wacky and strange times, even Greta Thunberg has said that it’s good to be able to sit back and laugh, and I think that goes for most people. Take a break from saving the world, already, and have a laugh! Or something.

Pretty soon I may have the courage to invite “the general public” to something, but at this point I’m going to the clubs more or less anonymously.

If you’re still reading, thanks for getting to the end. 😀

P.s. I’m definitely not giving up on music by any means – this is simply another creative outlet, good for my well-being (and hopefully others).